No matter your age, Rudolph the Red-Nosed Reindeer is a classic holiday movie and familiar song. And there are plenty of ways to bring Rudolph to life this Christmas season thanks to toys from Kids Preferred.

The Rudolph the Red-Nosed Reindeer Light-Up Moving Musical plush plays music as its head moves, its nose lights up, and it walks back and forth. Just press Rudolph’s back to activate the sounds, movement, and lights. The toy plays a short snippet from “Rudolph the Red-Nosed Reindeer”. With brown and white fur, and a red-and-black plaid scarf, this Rudolph toy looks just like the character in the movie.

Start the Rudolph tradition early with the Rudolph the Red-Nosed Reindeer Rudolph Gift Set, which comes with three baby toys: a Rudolph rattle, a Rudolph plush, and a soft book. The rattle has a soft Rudolph head on top of a soft red-and-black plaid handle. Give it a shake to hear it rattle. The plush toy is a seated Rudolph wearing a red-and-white scarf. And the soft book, called “It’s Christmas Time!!”, features teethers, crinkle pages, a flap that lifts to reveal a mirror, and an on-the-go clip. Fans will like singing and playing along with Rudolph, whether it’s through the lights and sounds toys or the soft baby toys. These will have a special appeal to parents and grandparents who grew up watching the holiday special on TV, whether as collector’s items or as fun toys to introduce Rudolph and his friends to a new generation of kids. 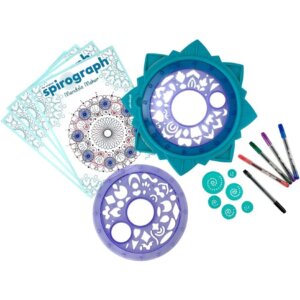