You’ll be dying to find a soulmate when you play Love is Dead. In this party game, players match with Boos in the dating pool by building out their dating profile with corresponding traits.

There are three decks of cards: Boo cards, Action cards, and Endgame cards. The number of players you have determines how many Boo cards will be flipped over. (You can play this game with two to five players.) Each player then gets three Action cards and one Endgame card, but don’t let anybody see what’s in your hand.

On your turn, draw two Action cards and then discard one Action card from your hand. Then you get to play one of the following card types: Trait, Boost, Dealbreaker, or Wild. Lay one of these cards face up in front of you. The space in front of you is called your “profile”, and you’ll have enough space to have five cards showing at a time. As you continue playing, you might need to discard a card that’s in your profile before playing a new one. At the end of your turn, you’ll have three cards left in your hand, and then it’s the next player’s turn.

You’re trying to collect Trait cards that match the traits listed on the Boos cards. For instance, Boo-tiful and Dead Funny. You might need some help from Wild cards, which can act as any trait or remove a Dealbreaker card that’s been played against you. Dealbreaker cards are a great way to block an opponent. Boost cards might give you extra cards each time you draw, double a trait, or borrow a trait from another player.

When you match a Boo, take that card and put it face up in front of you. Now flip over two more Boos from the dating pool and empty two filled spaces from your profile. And once you’ve made three matches, the game ends. Players first tally up the hearts on their matches, and then everyone reveals their Endgame cards and adds (or subtracts) those hearts. The player with the most hearts wins! This fun game is a lot easier than real online dating. We like the look of the Boo cards, as well as their funny profile descriptions. It’s pretty easy to learn how to play, though you might want to keep a reference card handy the first few rounds. This card game is clever, cute, and competitive. It would be a nice addition to your next game night. 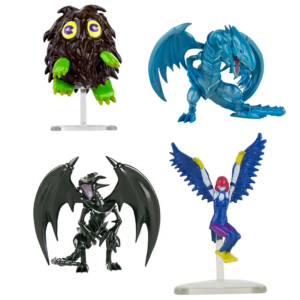